When was the Old Testament Written? 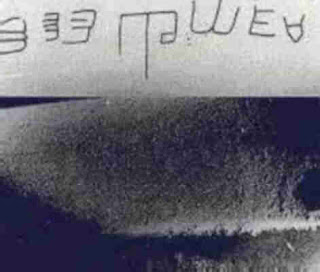 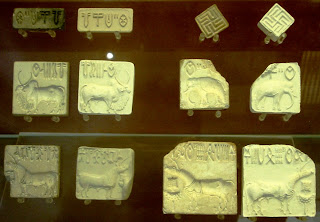 The oldest written authorship for segments of the Torah, which were eventually included and canonized in the Hebrew Bible, which Christians further used for their Old Testement, originated around the 9th century BCE. The authorship of strands of what we now call Genesis, Exodus and Numbers came on the heels of the recent development by the Hebrews of their own alphabet and script. The Greeks were just putting the finishing touches on their own script. China already had its script in place. Babylonia was already writing in Cuneiform (see photos: first picture-Indus Valley Seals 2600 to 2000 BCE , and second picture-Harappan script 1528 BCE).
Solomon was anxious to build the Kingdom of David and put the royal treasury behind his magnificent efforts, including the development of a national narrative or history. So the writing of the first scraps of what we now call the Torah or the Pentateuch or the first five books of the Old Testament began. They were written by an unknown author that scholars refer to as "J" because this author, who many believe was female named her main character Jaweh.
Many ideas in the Christian Old Testament were already being practiced and flourishing in the civilizations around them that were older than they were. More to come in this blog: be sure you're getting the RSS feed so yo can be updated.
Posted by Kirby Clendenon at 10:03 AM