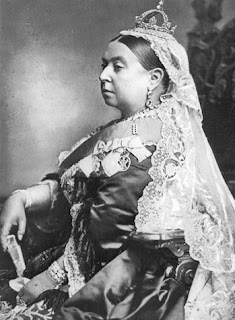 Queen Victoria ruled the United Kingdom of Great Britain from 1837 to 1931. Following close on the heels of a revival in the Church of England, the moral climate of Great Britain eschewed sexual restraint, low tolerance of crime, and a strict code of conduct. Because of the worldwide influence of the British Empire, these values spread across the world.
During the mid-nineteenth century, this fervor caught on in the United States followed by its own religious revival. Dwight Moody, William Miller, Ellen G. White, Joseph Smith, and Mary Baker Eddy are just a few names associated with that religious awakening.
But the trouble with Victorian morality was that it fostered outward appearance of dignity and restraint, while social issues such as prostitution, spousal abuse, child labor and discrimination of many varieties went unnoticed. Today, the spirit of Victorianism manifests itself within Christianity as churches, and congregations within churches, look down upon those holding different standards about how we should act, what we should believe, what we should look like, what we should wear, how we should adorn ourselves, and what activities are proper. If Christians believe that Eve's disobedience brought the knowledge of good and evil to the human race, why are there so many differences in thinking with regard to what things are good and what things are bad? Particularly when they read the same Bible and have the same Holy Spirit to guide them?
Posted by Kirby Clendenon at 10:21 AM