Will The Real God Please Stand Up? 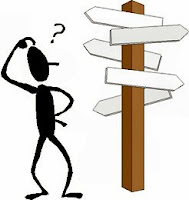 Earthlings Struggle To Define God
13 of the following 20 religious factions find their origins in the Hebrew Bible or Christian Old Testament. With little regard to its questionable origin, they seek to receive from it revelation pertaining to God's nature. But instead of finding unity in a concept of what God is like, they splinter into many factions. Rather than unifying mankind together in knowing their god, this book drives them apart and causes them to compete and work against each other. By the standards of any business , this would be considered ineffective communication and poor administration. But before we're too hard on whatever or whoever exists in this universe besides ourselves, we might want to consider the possibility that we have accepted as holy scripture that which is not.
1. Historic Protestant Christianity: One personal/supreme God who is Creator & Lord of everything that exists. He eternally exists as Triune God: Father, Son, Holy Spirit.
2. Jehovah's Witnesses: One God, properly called Jehovah. His Holy Spirit is an impersonal force. Reject the doctrine of Trinity.
3. Mormons: God, (Heavenly Father) is an exalted man with a physical body of flesh & bone. Was a man in a preexistence.
4. Church of Christ Scientist: An impersonal but omnipotent being who is Principle, Life, Truth, Love, & Mind.
5. Unity School of Christianity: Impersonal principle, universal intelligence, & Love.
6. Church of Scientology: A Supreme Being, but his exact nature is determined by each person.
7. Unification Church: One person only, with dual characteristics (positive/negative, male/female).
8. The Way International: God is one eternal spirit. There is no Trinity. Holy Spirit is a designation for God; "holy spirit" is the power conferred at Pentecost.
9. International Church of Christ: One God, who reveals Himself as Person; as Father, Son, Holy Spirit. (This group minimizes the role of the Holy Spirit.
10. Seventh-day Adventist Church:Same as historic Christianity
11. Roman Catholocism: There is only one God. God has revealed Himself as three Persons: God the Father, God the Son, and God the Holy Spirit. He is Creator and Lord of everything that exists.
12. Judaism: One God, who reveals Himself as Person. He is Creator, Deliverer, & Lord of history.
13. Nativie American Religions: Personal Supreme being & Creator, who is generally beneficent; empowers lesser spiritual beings
14. Hinduism: Impersonal Ultimate Reality; or "The absolute" Major Triad: Brahma, Shiva, Vishnu.
15. Buddhism: Southern Buddhism: irrelevant. Northern Buddhism: Buddhahood.
16. Islam: God (Allah) is one. Strict monotheism - "There is no God but Allah."
17. Sikhism: One God, called Sat Guru ("true name"), who cannot be known by the human mind.
18. Baha'i World Faith: One God who is unknowable except through Manifestations (Messengers).
19. Secular Humanism: Secular Humanists are atheists. They do not believe in the existence of a supernatural Supreme Being.
20. New Age Movement: God (Ultimate Reality) is an impersonal power, often spoken of as energy, consciousness, mind, or truth. God is everything; everything is God.
W
Posted by Kirby Clendenon at 1:00 PM