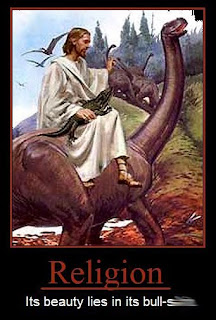 I have seen Jesus portrayed with a hardhat and shovel. I've seen him portrayed both as very handsome and quite homely. I've seen paintings of him as very gentle and very violent. Mankind seems to make him be whatever they want him to be. The following, 13 of whom profess to believe all or at least parts of the Bible, can't agree as to who Jesus was.
This is the last of this series of posts. Suffice it to say the Bible's lack of clarity has in fact left many of it's adherents unclear as to who Jesus really was. It reminds me of what people used to say when Zorro rode away: "Who was that masked man?"
1. Historic Protestant Christianity: One divine person, eternal, with two natures-human and divine. Born on earth as a fully human being. Supreme example of God's character and His love for humanity. Full and final revelation of God and His love.
2. Jehovah's Witnesses: A created being with stages of existence: 1. Archangel Michael or the Word. 2. Jesus, perfect man, became Messiah at his baptism. 3. After his spiritual resurrection, became Michael again but retains the name of Jesus.
3. Mormons: Jesus is the spiritual and physical offspring of God by procreation. He had a preexistence as God's spirit child and brother of Lucifer.
4. Church of Christ Scientist: Jesus, separate from Christ, a human being who more than any other shows the "Christ-ideal."
5. Unity School of Christianity: Jesus was a man inhabited by the Christ-principle spirit.
6. Church of Scientology: A great teacher who fully realized his personal divinity as a "clear."
7. Unification Church: A perfect man who was faithful to God and attained deity; not equal to God.
8. The Way International: Not coequal with God; did not preexist before this earthly life. Son of God, but not God the Son. A perfect man, but not divine.
9. International Church of Christ: Same as historic Christianity.
10. Seventh-day Adventist Church:Same as historic Christianity, also believe Jesus preexisted as Michael and the Word.
11. Roman Catholicism: One divine Person, eternal - fully human and divine. Supreme example of God's character and His love for humanity, full and final revelation of God and His Love.
12. Judaism: An important prophet, but not a divine Person. He did good things and taught the Golden Rule.
13. Nativie American Religions: Originally, no reference to the person or work of Jesus.
14. Hinduism: For some Hindus, Jesus was an Avatar or incarnation of God - one among many Avatars; a great spiritual teacher, a guru.
15. Buddhism: A teacher who may possess Buddhahood or Enlightenment. One among many, not unique.
16. Islam: A major prophet, spirit of Allah, without sin, but not divine; HIs miracles are signs that He came from God.
17. Sikhism: Not a divine person, but a man through whom God worked and revealed Himself.
18. Baha'i World Faith: Son of God, but not divine. One of God's Manifestations, who include Krishna, Buddha, Abraham, Moses, Muhammad, and Baha'u'llah.
19. Secular Humanism: Jesus was just another human teacher. They deny that Jesus is divine.
20. New Age Movement: Jesus was one of many appearances of God throughout the ages, one of many people who were fully aware of their true divinity.
Posted by Kirby Clendenon at 9:57 AM