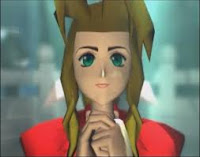 Today, John McCluskey and Casslyn Welch were finally caught after a three week manhunt. McCluskey was one of three inmates who had escaped prison in northwest Arizona, hooked up with his fiance, Casslyn Welch, and are believed to have murdered Gary and Linda Haas of Oklahoma in the process. The Haases were in a travel trailer and were on an annual camping trip to Colorado. They were found inside their burned travel trailer.
I have nothing but sympathy for the the Haas family and their friends as they live through this horrendous experience. To use this story in a blog about prayer is uncomfortable, and in no way is meant to demean this family's grief at this time. The family and friends are relieved that these fugitives have been caught and are quoted by the media as saying that this is what they wanted to hear. The following quote was found in an article by the Associated Press: "The family was grateful that their prayers had been answered, and that no one else was hurt during the hunt for the fugitive and his accomplice."
Apparently, for this praying family, God did not supply protection for Gary and Linda, but during the three week hunt for their killers was willing to protect everyone else in their path. Why would God do one and not the other. I know all the standard answers. God knows the end from the beginning, and he sometimes allows things like this to happen for the greater good. Or maybe the Haases were out from under God's protection for some reason. Or maybe even that this life is not perfect, and stuff happens, but God will make all things right when Jesus returns. Maybe God "took" them to spare them something he didn't want them to face in this world. Maybe this family's faith is being tried by fire.
I read the following from "Conversations with God" by Neale Donald Walsch. Neale says that God said the following to him. Whether he did or didn't, it sure caught my eye. He claims God said, "If you believe that God is some omnipotent being who hears all prayer, says "yes" to some, "no" to others, and "maybe, but not now" to the rest, you are mistaken. By what rule of thumb would God decide?"
In my book I describe the heartbreaking losses of several families I know. I do not believe in a God who would allow Gary and Linda to be murdered and then keep everyone else safe. But this is the mentality of Christianity, and I find it absurd.
Posted by Kirby Clendenon at 7:56 AM