Are There Only Two Choices? 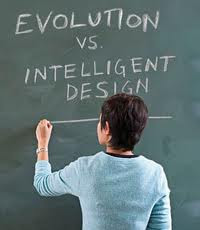 There seems to be so much hatred of Ben Stein.  Liberals crucified him on the internet when he was fired from the New York Times for doing a television commercial they disapproved of.   My personal opinion is that they don't like him for doing the movie "Expelled".  It was too kind to Creationists.

But hate or like Ben Stein aside, there was a very interesting conversation that took place in the movie.  But everyone was so busy hating Ben or defending him that the dialogue went generally unnoticed.  I'd like to post it here, because it is so rarely acknowledged.


I have posted some of the conversation from the movie Expelled by Ben Stein.  The conversation takes place between Ben Stein and Paul Nelson, who holds a  PhD in Philosophy from University of Chicago.
Ben Stein asks Dr. Nelson whether or not it’s true that the matter is decided, and we’re all Evolutionists except for a few cranks.
Dr. Nelson replied, “Questions that aren’t properly answered don’t go away.”
A conversation ensued which discussed whether the choices were only the two sides: Evolution and Creationism.  The dialog which followed supports my current belief, and I was glad to hear it put so succinctly.
Dr. Nelson: Evolution strictly defined is the common descent of all life on earth from a simple ancestor via undirected mutation and natural selection.
Stein: But the modern theory of Intelligent Design is just microwave Creationism.
Dr. Nelson: I don’t think that’s the case.  Creationism properly understood begins with the Bible and says, “How can I fit the Bible into the data of science?”  Intelligent Design doesn’t do that.  Intelligent Design is the study of patterns in nature that are best explained as a result of intelligence.
Stein: So Intelligent Design is the belief that God is the designer.
Dr. Nelson: Not necessarily.  Intelligent Design is a minimal commitment, scientifically, to the possibility of detecting intelligent causation.
*I liked this because it describes a third choice: Intelligent design without religion living as a saprophyte on its back.
Posted by Kirby Clendenon at 12:48 PM