Oldest Writing Ever Found In Jerusalem 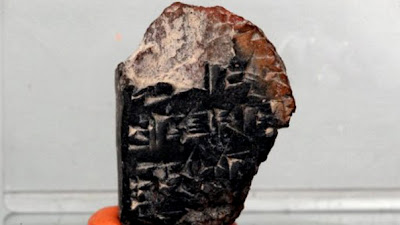 In many of my posts I have mentioned that Israel developed a script for writing not long before the first scraps of the Old Testament began to be written in the court of Solomon in the 1oth century BC.

This interesting find sheds light upon what existed in Palestine prior to the writing of the Old Testament. Sent 400 years before the writing of the first parts of Genesis, Exodus and Numbers, in an ancient script called Akkadian wedge script, it is beleived to be a communication from the Canaanite Ruler of Jerusalem to the Egyptian Pharaoh Akhenaten. This is an example of how script was being used and developed. It is the oldest example of writing ever found in Jerusalem.
Posted by Kirby Clendenon at 12:27 PM