Dreams Sacrificed (Part 6 of 6) Waking Up In Life's ICU

In Parts 1-5 of this series "Dreams Sacrificed,"  I recounted the following:
(Part 1)  the Bible's obsession with sacrifice,
(Part 2)  how Judy and I had such high expectations for the future,
(Part 3)  how we began to realize those dreams amid controversy within our faith,
(Part 4)  how our starting a family caused us to take inventory of our lives and decide to sincerely pursue our religious heritage, even at the cost of sacrificing our original dreams by selling our thriving business and new home, moving out further into the country,
(Part 5) and finally after living out in rural central Nevada for three years, coming to the realization that we would have to move again in order to keep our children in Seventh-day Adventist schools.

This final section covers the period of time from 1984 to the present: 26 years.  We raised our two sons, built a dental practice in Caldwell, Idaho, enjoyed our family at large, and evolved from being a Seventh-day Adventist to an evangelical charismatic Christian and finally out of Christianity altogether. It has been enjoyable.  I'm not going to expound in great detail about this time period, because in my book, Surrender of Sovereignty, I explain quite a bit in the autobiography at the end of the book.  And the book also covers in detail why I moved out of Christianity.  So lets just start with the fact that after making such major decisions  based on our religious faith and then subsequently quitting that faith, we found ourselves a little battered and bruised facing the rest of our lives.  We did feel like we had awakened, not in some warm fuzzy place of truth, but in life's ICU wondering what we should do next.

Our dreams of security and retirement have been severely limited by our decision to follow our religious faith.  I have built a practice of dentistry in Caldwell.  But it has been in a remodeled old building.  My dreams of building a better office, like I had in Carson City,  have not realized.  I have struggled constantly over these 26 years to make this practice successful.  I believe I have built a good reputation, but the economy simply is not as brisk here as it is in more populated areas.  Having moved my practice 3 times has not been a wise financial decision.  And these decisions were based on our religious faith, not upon our original dreams of security in our retiring years.  I will need to work as long as my health will allow me, and then settle for a retirement probably much more meager than my peers. 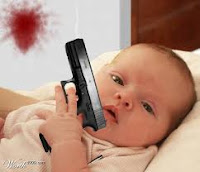 I know this sounds like crying over spilled milk.  But actually, I am happy and okay with life.  I have had a far better life than many, and I feel fortunate.  But I do harbor regret with regard to religion and its effect upon my life.  By now you know I see things more in "black and white,"  and if I believe something, I run with it, regardless of the risk.  You could blame some of my regret on me because of the choices I made.  You would be partially right.  But during the years I was a Christian, I sought God for direction.  I sought his involvement in the decisions I made.  I believe a book such as the Bible must work for every personality and type of person to be relevant.  It can't be just for those who think clearly, because many do not think clearly.  How could it be God's Word if you have to have a certain ability, education, IQ or station in life to understand it properly and without bias.  Jesus said that in order to enter the Kingdom, one needed to receive it as a little child.  And I agree.  If the Bible is to be the Word of God to mankind, it must be such that it can be safely used by the simple in mind as well as the highly intelligent.  An obsessive over-thinking sort of person like me needs to be able to understand and apply its teachings as well as a person who is more docile and prefers to follow the lead of others.  The Bible, in my mind, is like a loaded gun in a baby's hand.  It can be used for good and it can be used for harm.  It can make some folks lives more happy and yet it can bring disappointment and division into the lives of others.  It can be made to say whatever you want to hear.   Seventh-day Adventists make it say you should move out of the populated areas to avoid glorification of Sunday as a day of Worship.  Others see in the Bible the "sermon on the mount" where Jesus gave salient suggestions for everyday living.  Charismatics see in the scriptures an emphasis on receiving the Holy Spirit.  Others see dietary suggestions and restrictions.  Others see the need for God to test their faith.  Some, striving to have the faith of Abraham, literally sacrifice their children.  Some justify their odd relationship with society as being what the Bible calls God's peculiar people.  Some see the Bible as a reason not to serve in the military.  Some see it as teaching pacifism.  Others see it as justifying capital punishment.  Some see it as encouraging forgiveness, while some use it as justification to render swift and harsh punishment.  Some see in the Bible  the need to sacrifice their lives to God, and others see the opportunity to enrich their temporal needs and desires, reaping a harvest of success in this life.  When some read the admonition of Jesus to eat his body and drink his blood, they feel compelled to commit symbolic cannibalistic acts of devotion.  How could this book be for all believers, when it can be taken so many different ways.  Certainly God would covey his will to mankind in a less easily distorted way.

And in my case, I diverted my dreams to accommodate the founding beliefs of the faith of my fathers.  I have lived a good life, but I do have regrets.  I will list some of the main ones here.  If I had my life to live over, believing as I do now that the Bible is a compilation of the writings of many different human beings and not the Word of God, I would change these areas that I currently regret:


1.  I would have stuck with our original dream, stayed in one place and let my professional business bask in the success it was having.
2.  I would strive to be the best I could be, without the encumbrances and hangups of the ancient writers of the Bible.
3.  I would not go by the Biblical code of what is right and wrong to eat.
4.  I would enjoy learning basic physical sciences with an open mind, not viewing everything through the keyhole of Creationism, nor at the same time feel obliged to embrace any prevailing belligerently-opposite view to it.
5.   I would love to raise my children once again, not pressing upon them a predetermined set of standards dictated by people of ancient history who were unfamiliar with our present world; but rather I would enjoy teaching them to use their minds, feelings, and experiences to make wise decisions.
6.  I would love to see what would have happened if Judy and I, from the start, respected her wishes as much as mine.  Not seeing me as a tie-breaker, but collaborating as a loving, multifaceted team of equals.  Maybe we could have moved where she wanted to, instead of where I thought we should, subsequently coercing her to agree with me.
7.  I would love living my whole life without guilt.  Not seeing myself as someone who was incomplete, broken and needing a savior to represent me before a holy father.
8.  I would love to have not grown up in a religion that thought they were right and everyone else was wrong.  It gave me a dogmatic tilt to my thinking, always thinking that my way was right and superseded the opinions of others.    I think it spilled over into my family life, and I believe I squelched individual thought and drove my family's thoughts and decisions underground.  I believe it engendered deceit and stubbornness..
9.  I regret that religion has caused so much heartache in our families.  To watch our aging parents wrestle with their perceived possibility that we may not be with them for all eternity in heaven, is indeed disturbing.
10. I regret that the Bible, with its doctrine of tithes and offerings, has usurped so much of what our hands have produced, leaving us far behind the goals we once set.  I think the parable of the Sower in the Bible, which promises that seeds planted by faith into good soil (you if you're faithful enough) will bring forth a hundredfold harvest in this life, is a false promise and has robbed me of much substance in this life.  Paying a faithful "double tithe (20%)" for years and donating things like our travel trailer and my motorcycle to the cause when funds were needed by our church resulted in no noticeable blessing, but rather a scarcity of operating capital for my business. I feel ripped off by Christianity.

But now, as I close, let me tell you what I do not regret.  I do not regret being faithful to my inner self in seeking truth at all times.  I do not regret the honor of finding our way out of religion and restoring our personal sovereignty.  And now, with what is left of our lives,  we can enjoy living a life with more freedom and fewer regrets.

Posted by Kirby Clendenon at 8:17 PM