33 Miners Get Prayers Answered And 29 Miners Do Not 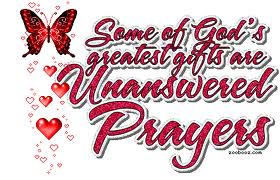 The song Unanswered Prayers certainly climbed to the top of the charts when singer Garth Brooks introduced it to country music.  Christians look back and see where they have asked God for something that, in retrospect, would not have had good results; and they proclaim that God knew what was best for them and chose not to answer their prayers.  That's all very convenient.  When they ask for something they think they actually need and the answered prayer is not forthcoming, even then, they will say God knows what is best; and they are okay with whatever his will dictates. Christians set the bar so low that God doesn't even have to exist or do anything, and they will believe he has heard their prayers.

Earlier this year, 33 miners, trapped for several months deep in the mines of Chile, came forth from their rocky tomb as the whole world watched and cheered.  God was given accolades for this miracle.  I personally heard people from Catholicism, Jehovah's Wittnesses and Seventh-day Adventism expressing pride that their churches has been instrumental in lifting the faith of these men and their families and praying for their safety.  God's grace seemed boundless as even a man who was cheating on his wife with other women was saved.

Now, in New Zealand, the tragic loss of 29 miners raises the same hopes and questions.  Why did God not see fit to save any of these miners?  If God evaluates each person individually, why did all 33 Chilean miners survive and all 29 New Zealand miners die?  Did God in his miraculous all-knowing way arrange these men into separate groups, one filled with men he was willing to save, and the other with men whom he was not?  I find this idea completely NOT REASONBLE amd RIDICULOUS.

I agree with Albert Einstein when he was speaking to Guy H. Raner, Jr, Sept. 28, 1949, and was quoted by Michael R. Gilmore in Skeptic Magazine, Vol. 5, No. 2.: "I have repeatedly said that in my opinion the idea of a personal God is a childlike one. You may call me an agnostic, but I do not share the crusading spirit of the professional atheist whose fervor is mostly due to a painful act of liberation from the fetters of religious indoctrination received in youth. I prefer an attitude of humility corresponding to the weakness of our intellectual understanding of nature and of our own being."


I don't believe God saved the 33 miners in Chile, and I don't believe God had anything to do with the deaths of 29 miners in New Zealand. I do believe that the hope of answered prayer is a cruel hoax that Christianity and other religions have foisted upon their wishful followers.  It really bothers me to see families in a situation like this, who, when their prayers go unaswered, are left to sort out why.  Was it their lack of faith?  Was it something they did?  Was it something they didn't do?  I do not perceive that God, if he, she or it exists, works in this human, cruel and selfish way.  I think the idea of a personal god is the concoction of wishful minds, and one that, in tragedy, can devastate a man, woman or family to their core.  I believe the 33 miniers in Chile lucked out and the efforts of many people and organizations made the rescue happen.  I do not deny that their faith in a personal God gave them confort and hope, unfounded though I believe it to be..  But I do not believe that God delivered them.  I believe the miners in New Zealand had bad luck in this case, and  poisenous gas claimed their lives on this particular day in a most dangerous profession.

But the comparison of the 33 Chilean miners and the 29 New Zealander miners will haunt the families in New Zealand for many years to come as they wonder why God didn't answer their prayers but did answer the prayers of the Chilean families and miners.  The families of the Chilean miners will praise God and renew their faith, and the families of the New Zealander miners will sort throught the list:  Was it our faith?  Was it something our son or father did?  Was there something we did wrong and God wouldn't answer our faith?  Should we have gone to church more?  Was it because we haven't been paying enough tithes and offerings?  Maybe they secretly look at porn and God couldn't bless them?  Maybe they were having an immoral relationship and God couldn't bless them?  Maybe they had been dishonest and God was blocked from giving them the blessing?  Maybe this was a test of their faith, and like Jesus they will have to say, "Nevertheless, thy will be done?"  Hogwash!!!!!

This is precisely where I see Christianity as a harmful thing.  I know religion has its good points and good days, but the idea that God knows all of our thoughts, hears all of our prayers and answers some and doesn't answer some seems to me an idea so ridiculous and illogical that one can only believe it under the canopy of blind faith.
Posted by Kirby Clendenon at 6:25 PM