The Boldness, Hard Work And Benefits Of Laying A New Foundation 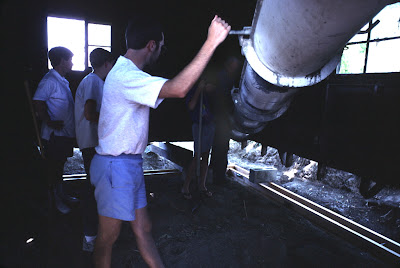 Dad had an old shack out behind his house that we thought would eventually be torn down.  The farmer who had lived here before my parents used this old shack for storing rusty old farm implement parts.  Discs, bolts, scraps of iron and old magazines filled this dilapidated old shack without electricity. The swinging door was nearly falling off it's hinges and could hardly be moved.
But my father saw something else.  He saw a restored little building which could be useful.  We ridiculed him in fun for this idea, but over the years he accomplished his goal.  The first picture shows how he put the whole shack on blocks, lifted it up, and poured a new foundation.  That was amazing to me, even though I thought his idea was crazy. 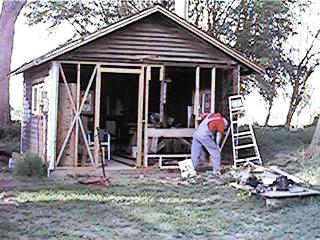 Then little by little he began to clear away all the rotten wood and shore the building up. Then he and my son put new shingles on the roof.  Then he ran water, electricity and sewer out to it.  Nowadays, we call it the White House and it is very useful. 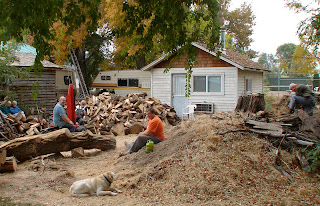 It reminds me of my experience with religion and Christianity in particular.  One day I decided to take a close look at the foundation of my faith.  I was not comfortable with what I found.  The origin of the Bible was not the neatly inspired story I had believed for years.  The first parts of what became known as Genesis, Exodus and Numbers were written by a person in court of King David and Solomon.  Over the centuries that writing was added to, changed, and embellished.  Authorship of these books was very questionable, and the common Christian ascribed their authorship to men who had nothing to do with their writing.  My findings and conclusions are the substance of my book, Surrender of Sovereignty, which can be purchased at Amazon.com .  It took boldness and resolve to lay a new foundation, but I'm glad I did.  Have you taken a close look at your religious foundation, willing to see it as it is?  Or do you see it the way you've always been taught and are unwilling to take a fresh new bold appraisal of its validity?  I have found life to be much more enjoyable since I laid a better foundation.  My staff members tell me that I am much happier to be around.  I feel much more free to enjoy and get the most out of life.
Posted by Kirby Clendenon at 10:50 PM