Examining The Entry Levels For Christianity 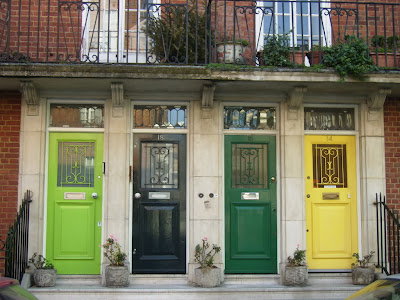 The following post will be easier to relate to if you have read the previous post: Three Kinds Of Faith: Earned, Required, Invested.

There are numerous ways to enter the Christian faith.  Let's examine the mechanics of how people pass through a couple of the most common doors into Christianity.

Born Or Raised In A Christian Family

When a child is indoctrinated within a Christian family, he tends to continue on in that faith unless some condition arises that causes him to question his inherited belief system.  Parents who "talk the talk" but do not "walk the walk" and are abusive or hypocritical at home can cause children to question.  Once children begin to mature and have occasion to desire things that may seem unnecessarily  forbidden by their family's traditional faith, they may be motivated to question.  When life brings them into situations where church doctrine seems inhibitory and they find themselves judged by others according to the rules of their faith, the result can be distancing themselves from their traditional faith.

But many who are born or raised from the beginning of their lives in Christianity do not find much of a need to question their beliefs.  Their faith seems to be the glue that holds their family together; and if they have had a reasonably nice childhood, it has become part of their comfort zone.  Many times they attend Christian schools, and their friends are a part of this same comfortable association. Frequently as they mature and become adults and are involved in business, their Christian community becomes a natural client base.  You'll see advertisements with the little fish logos on  them letting potential customers know of their common ties. If a person has no major stimuli to cause serious examination of anything outside of what they were taught or raised in, the cycle tends to continue. Unquestioned, traditionally-held family faith is simply the progeny of some earlier parent, grandparent or ancestor who converted to Christianity. Children receive their indoctrination into the family faith through Bible studies or Catechism classes.  Rather than inspiring true investigation of the family's accepted doctrines, these classes tend to proceed with the assumption that the doctrines are true and study of the same is merely to bring the students up to speed so that they can take their anticipated stand in the kingdom of God.  Therefore it is rarely a true entry level at all, but a pseudo-portal into a family's Christian faith.  The true portal into Christianity was entered by the person who originally converted into the faith, and that may have happened recently or many years ago.

Converted Into The Christian Faith

When a person is not a Christian and then becomes one, usually something has brought him to the place where he wishes to investigate.  Perhaps an unexplainable experience, an act of kindness received from someone who is a Christian, fear of the future or guilt about something they have done in life makes them curious enough to investigate Christianity.  Once acquainted with the introductory concepts of Christianity such as forgiveness and eternal life, naturally an interest is generated.

But the Bible at this point requires faith.  Has this faith been earned? No, it hasn't.  It holds out the candy of salvation and eternal life, but it requires you to invest your faith.  It requires you to believe something for which you have no solid evidence.  A person may think she has evidence when looking at either their amazingly unexplainable experience or the  nice confident people who are encouraging them .  They may think they have evidence when forgiveness, salvation and eternal life are offered in a book that is partially accepted by half of the inhabitants of the world; but they don't.  To obtain any of the shiny concepts in Christianity's showcase requires one to invest faith in concepts that that are speculative and have been manipulated by many over thousands of years.

To me, an all-knowing, ever-present God would not require faith. To me, the faith required by the Bible belies its lack of credibility.  I know the argument Christians usually give about why God requires faith, and I shall address it in the next post: Is God So Holy He Can't Directly Interface With Us?

To review how the Bible is a compilation of many writers who borrowed religious ideas from the nations existing long before them as well as contemporary nations adjacent to them in order to fabricate its fantastic story, review some of this site's earlier posts from late April and early May of this year.  They can be found in the archive in the lower right column of this page.

Posted by Kirby Clendenon at 11:25 AM