Is God So Holy He Can't Directly Interface With Us? 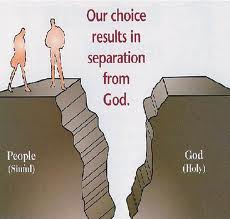 It is the common belief of Christians that sin separates us from God.  Therefore, to them, it follows that they must believe in God by faith.  For as the Bible teaches, "Faith is the substance of things hoped for, the evidence of things not seen."  This sounds very profound, and I rattled it off from memory at many occasions when I was a Christian.  But now I think it was only hopeful jargon I used to keep the unreasonable concept of faith from dying when my prayers seemed not to be answered or my life was failing in some area.

In Genesis 32, the Bible claims Jacob wrestled with God.  This was after the legendary Garden of Eden and the fall of mankind.  This was before Jesus lived on the earth, who Christians believe was born as God/Man to be a mediator between God and us. God's holiness seemed to be able to survive after contacting sinful Jacob.  And Jacob wasn't destroyed by God's brightness.  Maybe God cloaked his glory for Jacob.  But if he can cloak it for Jacob, why can't he cloak it for everyone everywhere.

Moses asked God to reveal himsef, and God agreed that if Moses would hide in a crevice in the rocks, he would pass by and cover Moses with his hand, and then as he was walking away, he would remove his hand and let Moses see his backward parts.  So apparently God is too glorious for Moses to see, but Jacob was able to have a wrestling match with him. 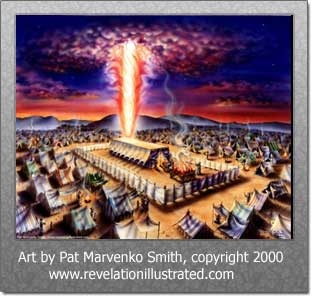 The yearly Israeli ritual of the Day of Atonement is an interesting tradition.  The books of Exodus, Numbers, Leviticus, and Deuteronomy lay out the complex rules for the ceremonial cleansing of the sins of Israel.  Suffice it to say, many lambs, goats, bulls, and birds were killed.  Blood was splattered everywhere, their bodies were burned, and as a finale to this ridiculous ceremony, the High Priest entered into the farthest room of the Tabernacle to go before God and cleanse himself and his nation of sin. The walls of the room where the high priest allegedly met with the glory of God had curtains that were 3 feet thick.  It was all very secret.  The priest wore a garment that had a hem of bells and pomegranates so that those outside could hear him when he was behind the curtain.  Nobody was allowed to go in there except the High Priest, and he could only enter once a year.  The legend says that the room had a cloud over it by day and a pillar of fire over it by night.  It's a great story, but again, there is no evidence that it is anything but legend.

It reminds me of the Wizard of Oz.  Remember when the man was hiding behind the curtain with a microphone and trying to convince his visitors how unapproachable he was.  This holiness and separation from God is  another Christian idea without proof.  And when the Bible speaks of who and how man has seen God, the stories don't match.  The Bible says no man has seen God.  It also says Jacob wrestled with God.  It also says that Moses spoke to God face to face as a friend would speak to a friend.  It also says we have been separated from God and the man who went into the Most Holy Place to speak to God had to burn incense to create a clouded room to protect him from God's glory, and sprinkle blood over all kinds of things in order to quell God's wrath.  God's unapproachable holiness is also another idea that has been unquestioned for so long that few even consider it.  There is no evidence that there was a war in heaven.  There is no evidence that mankind sinned and was separated from God in the Garden of Eden.  The idea that we must believe what we cannot see or prove is just a bogus idea that never gets questioned.

I certainly wouldn't stop communicating or visiting my children because they disobeyed me.  It's not a reasonable idea.  Faith is just a nice fuzzy idea that works well as a last resort when trying to hold together a system of belief that is unreasonable and contradictory.  When God is not personal and you're saying he is, you're going to need to throw in doctrines like" our separation from God's holiness" and our "need of faith", believing what we cannot see, in order to hold the masses in place and keep them giving offerings and keep them willing to sacrifice themselves when called upon.

When faith is earned, it is honorable and stabilizing.  When it is required by a book which doesn't agree with itself and influences lives to extent that Christianity does, it is an invested faith.  I for one don't think it's a good investment.  I spent years of my life dropping to my knees and praying to God, thanking him for this and that, and asking him for his intervention in life.  Of course, I never heard  him speak back to me, so I had to imagine that ideas and words that cropped up in my mind while I prayed were him communicating to me.  And when it seemed like I was speaking to a wall, I reminded myself that sin had separated me from God. My only way to communicate with him was to have faith that Jesus resurrected from the dead, for which there was no hard proof, and believe in what I could not see:  FAITH.

I challenged my wife for one month.  She continued praying to God in faith.  I prayed to the lamp in our living room.  We both kept track of our lives and prayers and compared our results at the end.  There was no difference. 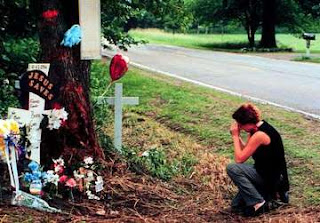 This week I heard a woman whose daughter lived through a nasty accident praising God for his goodness in saving her daughter.  No doubt she was, as I would be, very happy her child had lived.  But what about  another family I saw recently who was in a head-on collision and the father was killed, the children were mangled, and the mother who is in Mexico can't even come here to console her children.  The poor children are bewildered.  The oldest teen said she did not understand why all this was happening to them.  I understand her bewilderment.  Why would an imaginary God in whom they believe, yet cannot see, and who they believe they communicate with, yet have to imagine his words, spare one child and not spare another?  Both were believers.  It does not make sense.  I believe such imaginary ideas of God do not deserve our faith, and yet Christianity's Bible requires us to invest faith without proof.  It may seem sacrilegious to question faith in God, but actually I'm questioning why any god would require faith rather than earn it. Why would God require faith, and dispense his system of belief though the corrupt channels of religion.  For me, it is not reasonable.
Posted by Kirby Clendenon at 8:30 AM