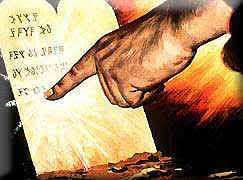 The Ten Commandments, like the Bible and the drawings  of Jesus, have been manipulated to whatever purpose suits any religious group of the day.  Someday soon, I'll do a photo album of Jesus pictures.  He's a busy multi-talented guy in our pictures.  But for today, lets look at the Ten Commandments: allegedly written in stone by God's finger.  Ecclesiastes ends with the conclusion to "Fear God and keep his commandments, for this is the whole duty of man."  And whoever wrote the book of Luke attributes Jesus as saying, "It is easier for heaven and earth to disappear than for the least stroke of a pen to drop out of the Law." So, as far as the Bible is concerned, don't change the Ten Commandments.
The pictures above show (from left to right) the Old Testament version of the Ten Commandments, the Ten Commandments as taught by the Catholic Catechism, and the Ten Commandments as abbreviated by Protestants, posted on sticks in front yards, and framed and put in public places like schools and court buildings.
Few people other than Seventh-day Adventists and Jews realize the changes that have beset the holy ten.  Jews, Seventh-day Adventists and a few other small denominations keep the fourth commandment regarding the Sabbath from Friday sundown to Saturday sundown as the commandment requires in the Old Testament. 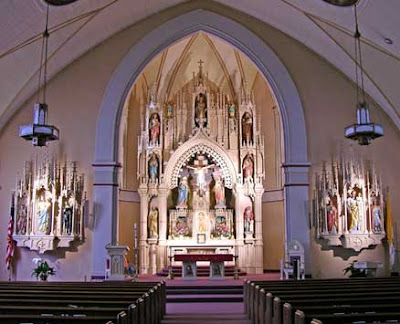 The Catholic church likes the second version above.  It forgets about  the second commandment and its prohibition against graven images.  Catholic churches are full of images and they like them. They always have, so they just removed the second commandment.  But how uncool would it be to have Nine Commandments when everyone else has ten.  So they split the commandments  about coveting into two commandments.  Now they have ten again. Oh, and the fourth commandment about the Sabbath: they watered it down to "Remember the Sabbath Day to keep it holy."  Now they could have church on any day.  Sunday was their favorite, since the Bible makes its unsubstantiated claim that Jesus rose from the dead on the first day of the week, Sunday; and the Pagans would be more comfortable with honoring the day of the Sun. 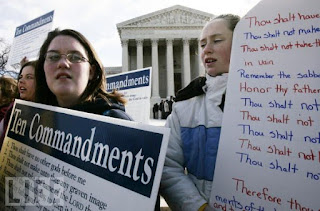 Evangelical Christians like the third version: abbreviated, but no graven images like the Catholics, and that way they can have ten commandments without splitting the coveting commandment.  The really hilarious thing about the Evangelical Christians abbreviated Ten Commandments is that their roots come from the Protestant Reformation where they stubbornly denied the power of the Pope of Rome.  Yet their watered down Ten Commandments include the abbreviated version of the fourth commandment, touted by papists as displaying their authority to change the law of God.  Click Here to see the article from the Catholic Mirror which taunts Protestants for their awkward unknowing acknowledgment of their Catholic Church's authority. 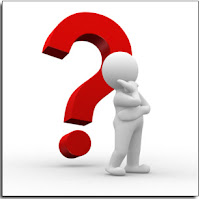 For me, this fiddling around with the Ten Commandments is just more of the same irrationality exhibited by religious kooks. Religion exalts its unverifiable relics, scriptures, and dogmas.  They are not holy at all.  They have been changed, added to, abbreviated, embellished, canonized, and exalted.  Christians have a lot of nerve pushing the Bible as the Word of God, and then editing God's words to their own liking.

Posted by Kirby Clendenon at 9:17 PM