The Bible: The Greatest Single Cause Of Strife In The World

The Bible quotes Jesus in Matthew 12 as saying, "A wicked and adulterous generation asks for a sign!  But none will be given it except the sign of the Prophet Jonah." Matthew is believed by most Bible scholars to have been written between 18 to 38 years after Jesus died.  Whether it was written to feed the concept popular among his remaining followers that Jesus had resurrected and gone to heaven is a matter of speculation; however, no solid evidence exists that supports Jesus' resurrection.  Nevertheless, the sign of the Prophet Jonah referred to was an analogy that, similar to Jonah,  Jesus would be dead for three days and nights and then resurrected.  This could easily have been written decades after Jesus lived to  give believers something to hold on to.  But the point of this post is that Jesus is quoted as saying that folks were asking for a sign and none would be given, except this one analogy about Jonah.
However, the Bible quotes Jesus in the book of John, chapter 14, as saying, "Believe me when I say that I am in the Father and the Father is in me; or at least believe on the evidence of the miracles themselves.  I tell you the truth, anyone who has faith in me will do what I have been doing.  He will do even greater things than these, because I am going to the Father.  And I will do whatever you ask in my name, so that the Son may bring glory to the Father.  You may ask me for anything in my name, and I will do it." This is believed by Bible scholars to have been written about 58-60 years after Jesus lived.
SO WHAT IS IT?  SIGNS AND MIRACLES OR NOT?
If the Bible weren't already extremely confusing, the book of Matthew, chapter 24, throws this little quote of Jesus in to confound the issue even more: "For false Christs and false prophets will appear and perform great signs and miracles to deceive even the elect--if that were possible."   Oh believe me, it is possible, especially after all the confusing things Jesus supposedly says about it in the divisive, conflicting pages of the Bible.
The book of Mark, written 33 to 43 years after Jesus lived, makes a bold charge in Chapter 16 to all believers.  Starting in verse 15, Jesus is quoted, "Go ye into all the world and preach the good news to all creation.  Whoever believes and is baptized will be saved, but whoever does not believe will be condemned. And these signs will accompany those who believe: in my name they will drive out demons; they will speak in new tongues; they will pick up snakes with their hands; and when they drink deadly poison, it will not hurt them at all; they will place their hands on sick people, and they will get well." And by the way, if you read my book, I relate several instances when I launched out in faith in Jesus only to land on my face in utter failure.
WHAT BALDERDASH AND CONFUSION! 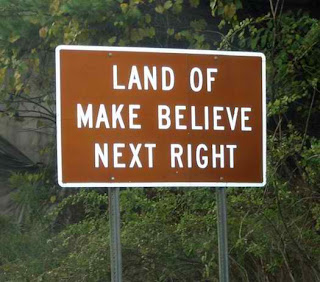 Over half the world's population (Christians, Jews, and Muslims) believe stories that have originated from a few scraps of Genesis, Exodus, and Numbers written by an unknown man or woman in the Court of King Solomon who was charged with the task of creating for the fledgling kingdom a national narrative.  This original work has been used by these religions as the platform upon which they have built their faiths and fables. And these fables conflict with each other and cause a majority of the conflict in the world today.  Their adherents fight each other, exclude each other, minimize and deride each other, and even kill each other.  And all the while they claim to hold the secrets of how we should live our lives and treat each other.
I seriously wonder whether this planet will survive all this religious nonsense as long as people are willing to believe in such a questionable, conflicting, and divisive books as the Hebrew Scriptures, the Christian Bible, or the glorious Koran.
Posted by Kirby Clendenon at 10:38 AM