God-fearing Murder - Another One Bites The Dust!

Click Here For Article
Yes, God must be pleased with those who exercise  faith in his Word.  For example, 28-year old John Thomas spent much time visiting his 70 year old friend Murray Seidman. Eventually John began to feel that 70 year old Murray was making sexual advances toward him.  He prayed to God about it.  Eventually, after finding God's admonition to stone homosexuals in the Old Testament of the Bible, John said God told him while he was praying to stone Murray.  So he put some rocks and batteries in a sock and bludgeoned Murray to death, praise God.  Seidman was developmentally challenged, now he's dead.

The Bible, with its highly questionable origin, changed, highly edited, and embellished, is like a loaded gun given to a little child when placed in the hands of idiots like Thomas.  And the problem is, Thomas is just one of many millions of religious folks who claim God tells them things during prayer and Bible study.
Posted by Kirby Clendenon at 4:11 PM No comments:

Ridiculous Religion Holds On To Their Adherents By Requiring Isolationism 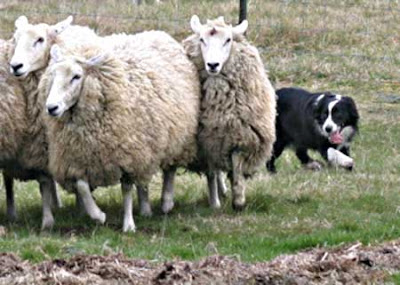 It's not easy to keep a herd of sheep together. It takes fear to make it happen: fear of a sheepdog or fear of a predator like a wolf or coyote.

Followers of monotheistic religions think the same way.  Believer's of Christianity and Islam are admonished not to form alliances or relationships with non-believers.

Christianity:  "Be ye not unequally yoked together with unbelievers: for what fellowship hath righteousness with unrighteousness?  And what communion hath light with darkness?  And what concord hath Christ with Belial?  Or what part hath he that believeth with an infidel?...Wherefore come out from among them, and be ye separate, saith the Lord." 2 Corinthians 6: 14-17

Islam: "O ye who believe! Take not the Jews and the Christians for friends. They are friends one to another. He among you who taketh them for friends is (one) of them. Lo! Allah guideth not wrongdoing folk."  Surah V, 51.


Please take a look at this modern example of such protectionism found on a Facebook page posted recently by a young Christian woman named Cindy.  Here is a link where you can read her nonsense.
CLICK HERE

When I used to be a Christian, I went to a meeting that my son had invited me to.  It turned out that the speaker for the evening was a leading Wiccan who had one hour to explain her beliefs.  My first thought, being a good Christian at the time, was to get out of there.  But my second thought, which I'm glad I followed, was that if God was in me, why should I be afraid to listen to her.  Since that time I have come to view such fear as sadly cultic.  Now, it is clear to me that any religious person's hesitance to get to know someone holding different views, while outwardly appearing obedient to his faith,  is really reacting to a built in safety mechanism of that particular faith to keep its adherents from widening their perspectives.  Dogma must be maintained in a realm of narrow focus.  Extremism cannot prosper when adherents feel free to expose their beliefs by entering into friendly association with those outside their tight little religious group.  In the realm of religion, whenever someone is forbidden to speak to, enter into relationships with, or marry good human beings of another point of view, I see it as a huge flaw and weakness telling of underlying falsehood.

Posted by Kirby Clendenon at 5:27 PM No comments: