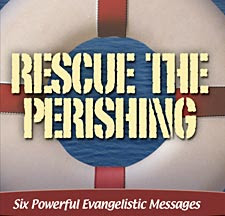 In my book, Surrender of Sovereignty , I have explained to those who care, why I do not consider the Bible to be the Word of God.  Naturally, now that I believe that way, it should be obvious that I no longer believe in Christian beliefs.

In my book, I clearly explain how I believe Christianity, as well as some other monotheistic religions, require that an individual's will be subject to the will of god. In so doing, I believe a surrender of one's sovereignty takes place.  Sovereignty is defined as one's right to decide and make his own decisions.

Now that I am convinced that the Bible is not god's word, I further believe that if there is a higher power in this universe, he, she, or it is not asking us to subject our individual decision-making processes to their will.  It is my conviction that life is amazing, and that we have the opportunity and freedom to use it productively, or if we choose, make poor decisions and squander it.  I don't believe in Hell, so I believe how we live our lives is in itself the only reward we can count on.  If there is something else after this life, we shall see.  But I don't believe the Bible's version of what lies ahead for saints and sinners.

Recently, more than one friend has stated that they do not understand why, after leaving the Christian faith, I feel the need to evangelize others with my new found "truth."  My first reaction to such inquiries is that they must not have read my book.  I've had people say to me, after claiming to read my book, that I don't believe in God.  Well they obviously didn't read the book, or they didn't read it with understanding.  Because I am one of those weird birds that has rejected Christianity but still sees design in nature to the point I still believe in something or someone greater than ourselves. That makes me unpopular with creationists and atheists alike.  I believe that in my life, Christianity has been a factor which has held me back, overshadowed my decision-making process, and drained a large amount of my income. I relish any opportunity to spread that message, because I believe it is a message than can  rescue those who are having the same experience that I had in Christianity.  If I love my fellowman, why wouldn't I want to spread a message that I believe can be liberating.  And why should they feel that I shouldn't share such a message.  Christians are the most evangelizing religion I know.  They feel they have good news for sinners, so they evangelize.  That is fine with me, but why can't they see that I feel my message is a liberating message.  Why can't they understand that someone might actually think differently that they do.  Most Christians believe that they are right, and anyone who disagrees with them is evil and wrong.  It's not just being close-minded, it is more than that.  It is an unwillingness to look at a situation through someone else's eyes.

It seems to me that some of my Christian friends, in their Christian blindness, cannot comprehend that another person could hold a different perspective about Christianity, reject Christianity for themselves, and actually feel good about telling others about that perspective.  When Christians talk about "One Way," I think they can include their perspective skills in that phrase as well.
Posted by Kirby Clendenon at 1:17 PM