When Christian Zealots Kill Kids to Save Them 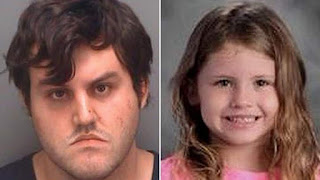 John Jonchuck obsessed over his Step-Mother's 100 year old Bible.  Believing it to be holy, he even had his divorce lawyer carry it around with her.  Maybe he thought it would ward off evil spirits.  But John, like all of us, had thoughts in his mind; but like some, he thought these thoughts were voices.  I've never trusted these thoughts because I can make them stop and say whatever I want them to.  To me, they are simply our minds spinning about the things we think about and experience. But John thought these thoughts were God's voice speaking to him.  The Bible certainly supports such nonsense, and many atrocities have be promulgated with such thinking.  After all, the Bible relates the story of Elijah in I Kings 19 where Elijah was discouraged and had isolated himself.  There was wind, an earthquake, and a fire, but Elijah did  not see God in those things.  But finally, in a "still small voice" he believed he heard God asking him what in the world he was doing out there.  To this day, most Christians believe that God speaks to you in a still small voice inside your body.  John did.

As I have have said in previous posts, such thinking is espoused by many in Christianity, and on occasion, some fundamental zealot acts on it.  John believed his daughter Phoebe was possessed by demons.  And finally, in a desperate move to save her, threw his 5 year old daughter off a bridge and killed her, because the voices in his mind told him to.

Many will rail and degrade John.  But he was just a simpleton who acted on what his Bible said to him. But it reminds me of this hauntingly disgusting photo where someone made this poor child hold a gun to his head.  Why would an intelligent God place his holy Word in a document compiled by many human beings over many years and then place it in the hands off all levels of humanity, where simpletons like John can obsess over it, hear voices in his head, and kill his beautiful daughter.  I do not believe God would.  And I do not believe the Bible is God's Word. I have explained in an easy-to-read format how the Bible came into existence, how it came to be seen as the Word of God, and why we need to change our long-held beliefs about it in my book Surrender of Sovereignty.  You can get a copy of it at Amazon.com by clicking on this link: Get the book .